By Lazy Jay:
There was much too much to see and do at Emerald City Comicon 2012.
So it is impossible to write about even the things we did see and do.
But I have put together a modest comic of some of the highlights of the show,
At least from a Larsen Geekery point of view (and what other point of view should we be taking?) 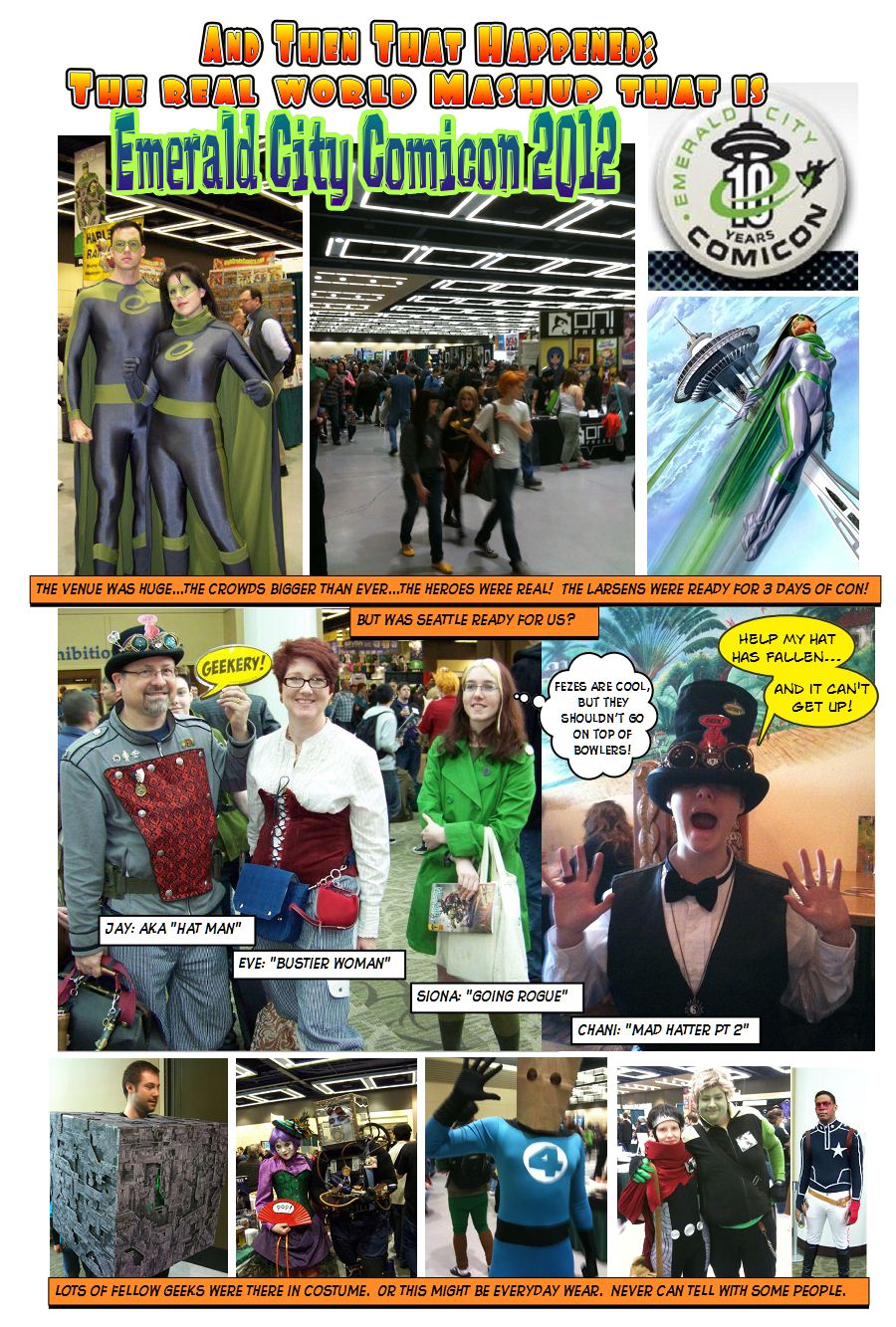 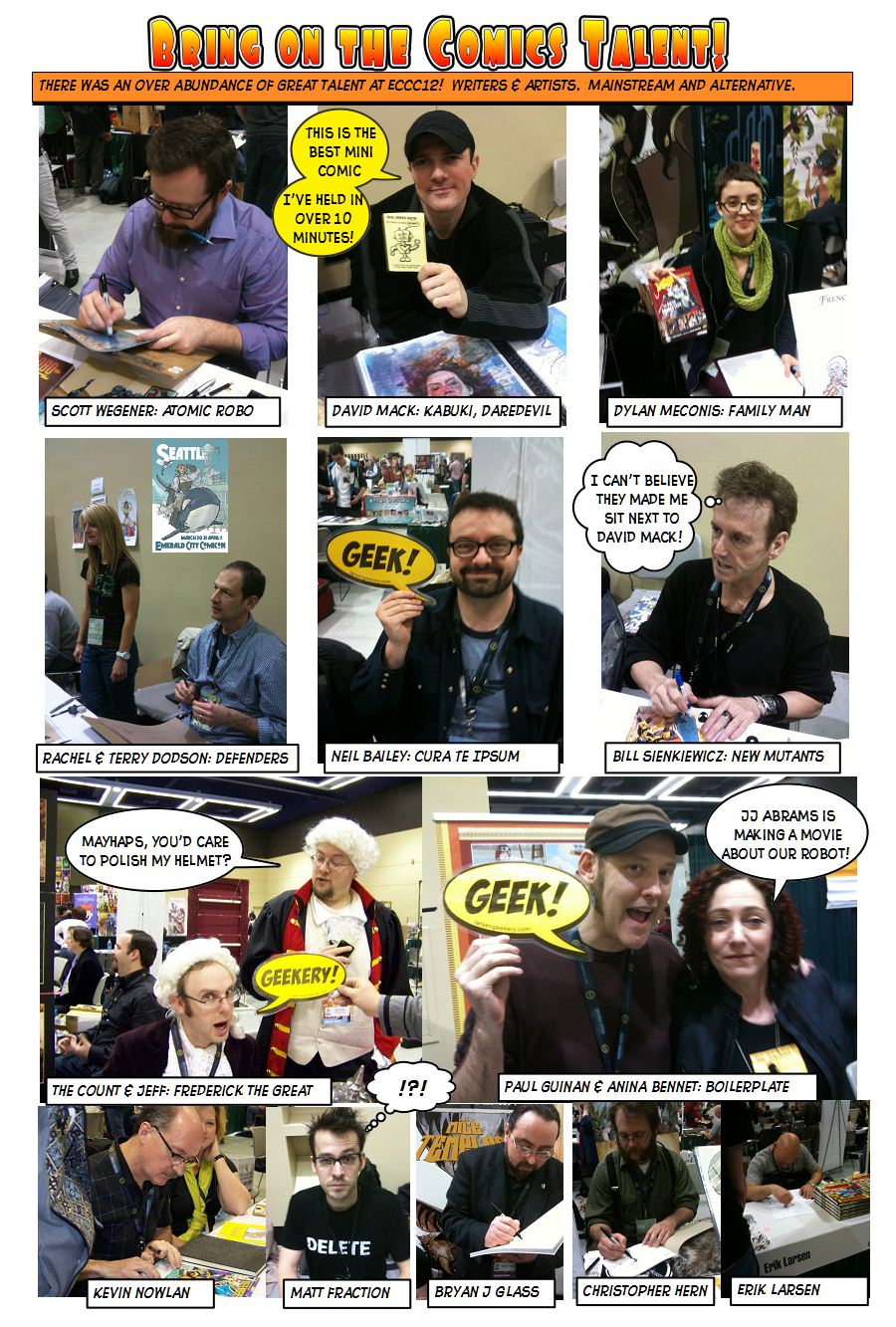 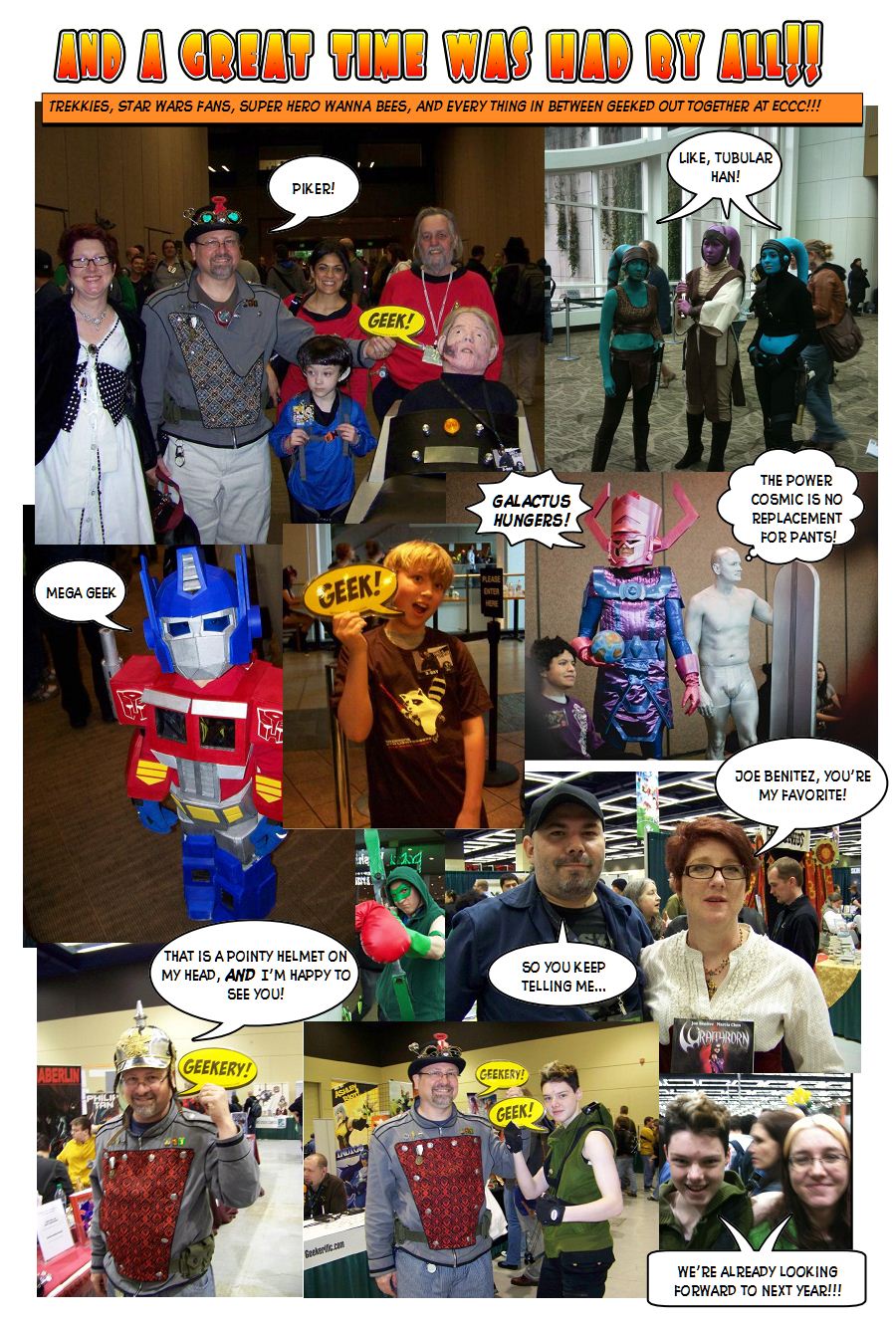 All the people mentioned above deserve your attention:Scott Wegener: Atomic Robo (the funnest robot comic in the world).David Mack: Kabuki, Daredevil, etc. (the best fine artist masquerading as comics).Dylan Meconis: Family Man. (the best comics about philosophy).Terry and Rachel Dodson: Defenders, Wonder Woman, everything... (the best husband and wife team at the show.)Neal Bailey: Cura Te Ipsum.  (The best independent comic about alternate dimensions).Bill Sienkiewicz: New Mutants, etc. (the wildest ink lines in comics).The Count and Jeff: Frederick the Great (the best powdered wigs at the show).Paul Guinan & Anina Bennet: Boilerplate, Frank Reade. (most deserving of a movie deal).Kevin Nowlan: New Defenders (best reaction to a 30 year old comic presented for signature: "Is that one of mine?  Oh, it is!)Matt Fraction: Defenders (best use of Stephen Strange in 20 years).Bryan J Glass: Mice Templar (best sketch by a writer at the show).Christopher Hern: Blunderbuss Wanderlust (best use of a gun as a time machine, ever).Erik Larsen: Savage Dragon (best spelling of Larsen at the show).Plus Kudos to all the other great people whose names I have forgotten to mention, and eternal shame on the one or two people who were too cranky for their booth (you know who you are).Thanks to everybody who worked hard and traveled far to put on a great convention.Thanks to all the Geeks and Fans who showed up to have a great time.It will take me months to read all the books I got there.And I am already looking forward to next year.
Posted by Jay Larsen at 4:02 PM