Hickman's Fantastic Four Worth Geeking Out About

By Lazy Jay
The comic news sites say the Jonathan Hickman will stop writing Fantastic Four soon.  I feel sorry for the writer that has to come in after this 3-year run because Hickman has literally been “fantastic”. 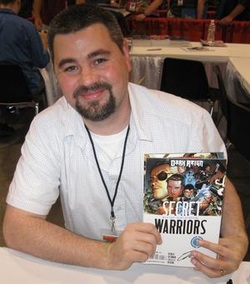 He really brought the family dynamics of the group to the forefront of every story.  These aren’t just super-powered heroes who happen to be a family—The Fantastic Four is a Family who happens to have super powers to add to their list of challenges.  And believe me, having super powers doesn’t make it any easier to raise brilliant but precocious children, or to deal with the loss of a family member. 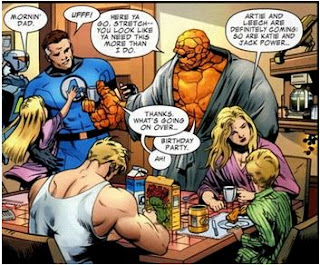 If you haven’t read any of Hickman’s run of Fantastic Four, you need to read the books to have any idea why I find them so exceptional.  Maybe its because I am a dad and a husband that I find this series so relevant and meaningful.  But I think a lot of it is due to the skill of JH as a writer and his ability to craft scripts that get the most out of the brilliant artists he has worked with over the life of this series.

Man, I just dig it that when it comes down to it, the Fantastic Four choose family first and still manage to save the world.  And this last issue was just loaded with Galactus-level cosmic powered fun that has not really been seen since Jack Kirby drew the book back in the 60s.  The Kirby Krackle was flying the last couple of issues and at the center of it all was a brave pair of parents trying to do the best they could for their kids and kids doing everything they could to help out their parents
.

Three Cheers for Jonathan Hickman’s run on Fantastic Four.  It goes down with Lee-Kirby and Jack Byrne’s runs as one of the best periods of creative excellence for the residents of the Baxter Building. 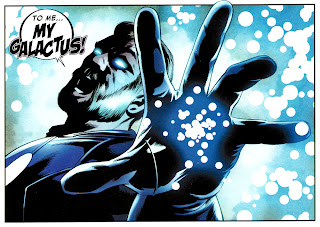 Geek note: If Galactus is the Herald of Franklin now, is that going to bring some fundamental change to who Galactus is and what he does?  Or will Marvel just say, Galactus’ debt to Franklin has been repaid—Do not call on me again!  And the things go back to the way they were?  That and I don’t think the Franklin genie will go back in the bottle now.  So I am curious to see what happens now after the mega events of the last few issues.  Did I say, Wow already!!?  Wow!!! 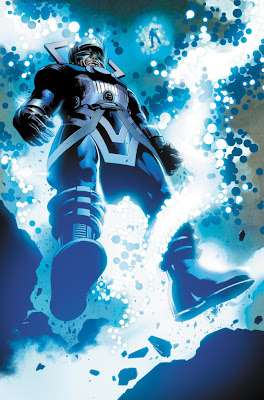