Forget what the critics are saying—the new John Carter movie delivers the action. 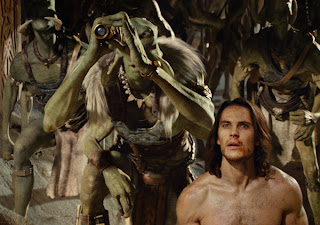 While waiting for Disney’s movie “John Carter” to come out, I got a little bit peeved and worried by the prerelease marketing.  Dropping the original title of the Edgar Rice Burroughs book “Princess of Mars,” I could kind of understand.  But then dropping “Mars” from the title “John Carter of Mars” just seemed weird.  Also, the previews didn’t do a very good job of telling us what kind of story the film was going to be telling.  It was all kind of troubling for an old-fashioned fan boy of the original books—I read them all between the ages of 8 and 12 and loved them. 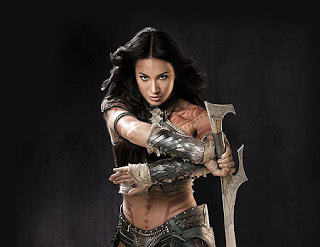 Then I went and saw the movie, “John Carter”.  Wow!  Not worried anymore!  It rocked!

This was probably the best adventure movie I have seen since Sherlock Holmes.  The visual design and the CGI effects were all fantastic, but really the movie is not about those things.  The great visuals allowed the film makers to craft what is really an old-fashioned adventure drama.  Like the books that inspired the film, this is not a movie that sits around making philosophical points.  This movie is about throwing characters into action and conflict and letting them maneuver and fight their way through to victory or defeat.  It is thrilling to see Civil War veteran Captain John Carter thrown in with four-armed, green-skinned Thark tribesmen.  They get pulled into the long-standing, epic war between the red-skinned civilizations of Zodanga and Helium.   The action sequences are great.  The visual design is grand and steam punk in a retro-futurism sort of way.  Oh, and Woola the dog-thing is adorable.  But what do you expect from the director of Wall-E and Finding Nemo--there has to be a cute animal sidekick! 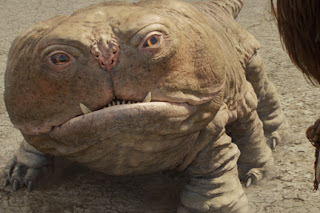 The shining star of the movie is Dejah Thoris, played by Lynn Collins.  They may not have named the film “The Princess of Mars” but the amazingly beautiful princess steals the show as she struggles to find a way to save her beloved country of Helium without losing her soul.  Dejah Thoris kicks ass and looks great doing it.  I had a huge crush on the princess as a kid, and the movie version did not take anything away from my adolescent fantasies. 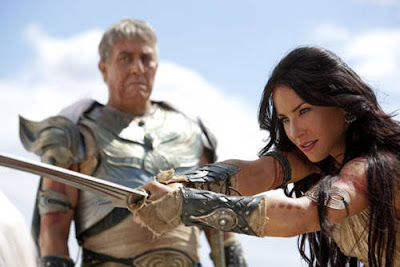 This movie is more of a western or a pirate film than a science fiction film.  It just happens to be on Mars (most of the time).   Cleopatra meets Indiana Jones meets Star Wars!  See It!  You’ll be Geeking Out About It if you are a true Geek at heart!